I did it! I managed to leave the airport during a long layover, go into the city, and come back in plenty of time to catch my flight. As I mentioned in my last post, I had a 10 hour layover in Istanbul on the way to Kuala Lumpur, and I thought it would be silly to spend it at the airport, especially since I don’t particularly enjoy Ataturk airport. I know that I’m not the best planner, but I usually do pretty ok once I get to my destination.

It was actually pretty hard to plan this layover – I found it difficult to find clear information on what to do, where to go, how to get there and how late things would be open. It turns out that Istanbul is a modern, clean and friendly city, and navigating my way to Sultanahmet square was super easy. Here’s a breakdown of my afternoon, in case it can help someone else in the future!

First of all, it’s interesting to know that Turkish airlines actually organizes free guided tours of the city for long layovers, starting at 9am and 12pm – a pretty great offer, if you ask me! Unfortunately, my flight landed at 3:30pm so I was on my own.

It took just over an hour to get out of the airport after my flight touched down – the passport control line was quite long. As of 2014, a lot of nationalities (Canadians included) need to get an e-visa in advance of arrival. For Canadian passports, it costs 60 USD. The process takes about three minutes and you just print at home – once I made it to the head of the immigration line, it took about 1 minute to be waved through, no questions asked. Once I left the controlled area, everything was really clear – there’s a wall of ATMs right at the exit, and luckily, no one hanging around offering to help every two minutes. The information desk is also right there, and I headed over to grab a free map and directions to the old town. I left the airport around 4:30pm

There is a metro station right at the airport, which I love. Each trip takes one token, and each token costs 4 lira. You can also purchase a reloadable card, and on those, each fare is 2.10 lira. Note that the actual card costs 10 lira though, so for one day it didn’t work out to be cheaper and I just bought 4 tokens. You buy the tokens from machines at the top of the metro stairs – the machines take 5, 10 and 20 lira bills and are super easy to figure out.

From the airport, I got on the metro to Aksaray station – the ride is about 45 minutes. The instructions I was given were “get out at Aksaray, and follow the tram lines until you get to the blue Mosque”. It was great advice! By doing this, you walk through a few neighbourhoods, past the Grand Bazaar (which was open! I was there until about 6pm and they showed no sign of shutting down soon) and finally into Sultanahmet square. I didn’t want to stay out too late or go too far and since that’s about all I wanted to do, I stopped there. I only stayed late enough to see the Mosque at dusk, caught a tram from Sultanahmet to Aksaray, switched to the metro and got back to Ataturk quickly and easily, with tons of time to catch my flight.

– If all you’re planning is a quick in and out like I did, you won’t need more than 50 or so lira for the day. I took out way too much!

– The one thing that I would definitely recommend researching is restaurants – tons of hawkers tried calling me into their places, which was just more tiring than helpful

– I was told by the information centre that you can also continue the walk to Galata bridge into Beyoglu, which I’ve heard has many dining options. Maybe on my next layover!

– One concern that I had was over safety. I am not the authority on safety in Istanbul, but during my short time there I felt safe walking around (I was out until about 9pm). 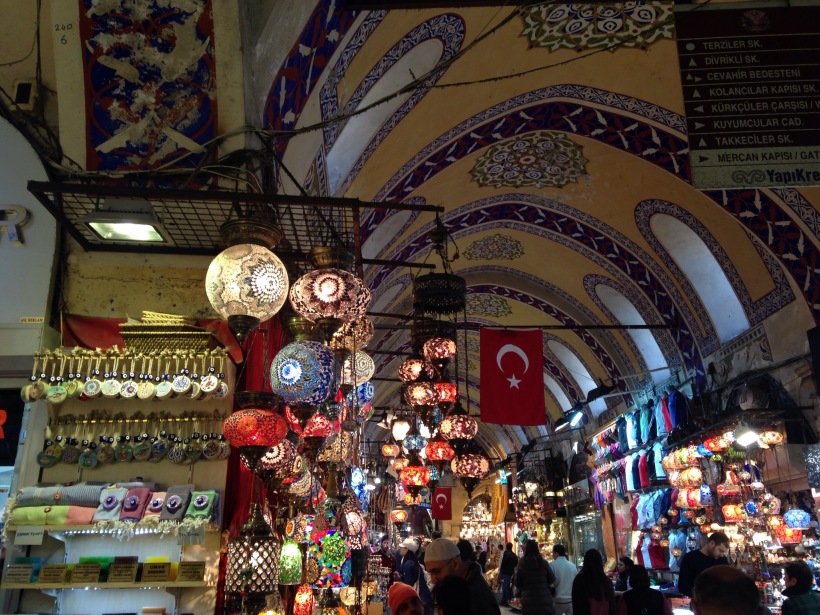 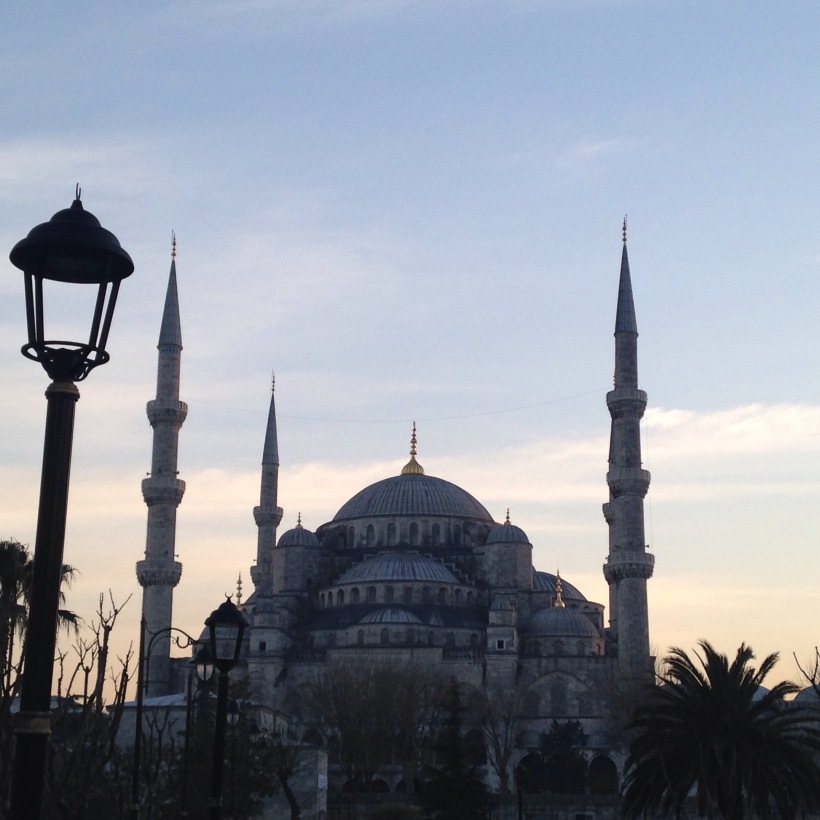 The views and opinions expressed on these pages are mine and do not reflect those of any organization mentioned. If I say something stupid in the future, it’s better to be able to point out that the stupidity is mine, and mine alone.
%d bloggers like this: